Christine and Jo took down the landing ceiling today. This turned-out to be three ceilings. Ceiling one made of plasterboard (papered over), ceiling two (lurking under battens), ceiling three (the original crumbling lime plaster). Once again they've done an excellent job and I'm most grateful. Even with a dust-mask on I would have had problems.

I've temporarily rewired the landing lights. I've probably made a better job of the rewiring than was needed, but "temporarily" around has a tendency to drift into "permanent".

The job is mushrooming a little, but every-time we uncover one old botched job we find it links to another bit of botching, and when you rip that out you find another problem, and another. To cut today's story short... I've just had to order two acrow props to hold the stairs to the office up, while I sort out the latest bit of cowboy building the ladies found lurking under layers of mend and make-do.

I'm off to cough a lot now, it is a tad dusty here, but no way as irritating as it would have been if I'd been up the ladder myself. 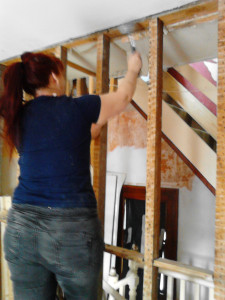 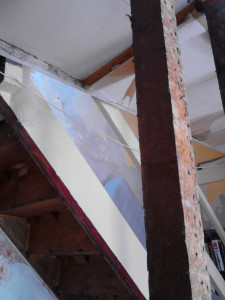 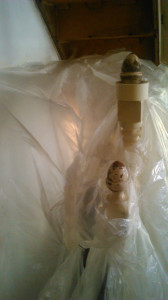 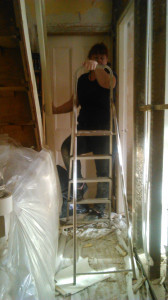 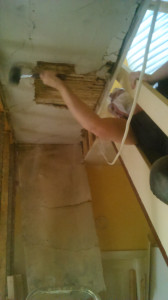 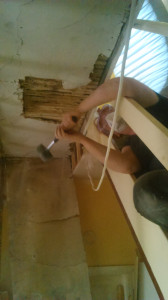 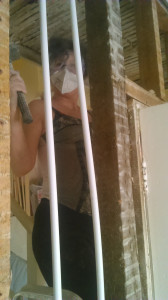 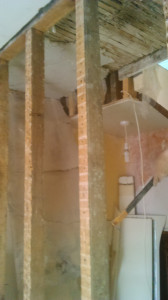 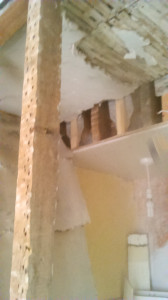 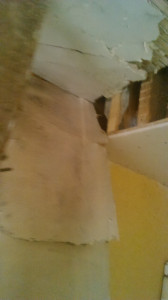 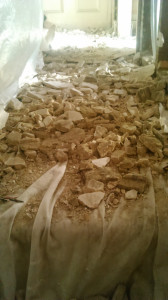 Shoes may be needed when going to and from the bedrooms.
Collapse