More Blogs About Buildings and Fools

Pleased to report that this weekend I'll be doing something that doesn't involve DIY, and I'll have something else to blog about. In the meantime here's another blog about the house.


Ahead of the plumber coming to move pipes in the garage, so I can knock a door through from the house, I've been working on the bathroom. Decided that while the system is drained I may as well have a couple of new radiators fitted. Fitting a new rad in the bathroom means it's the last opportunity to fit new floor, so if new floor going down may as well paint the room before floor goes down. Of course the job soon spiralled into re-plaster the ceiling, and sort out strange bits of random live wires. 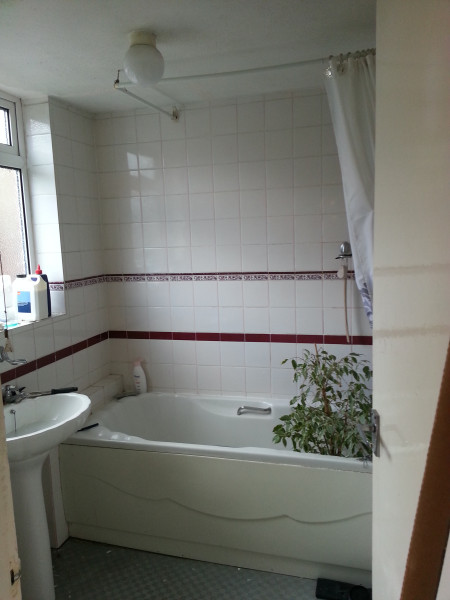 All I did was take down the old shower curtain rail, and... 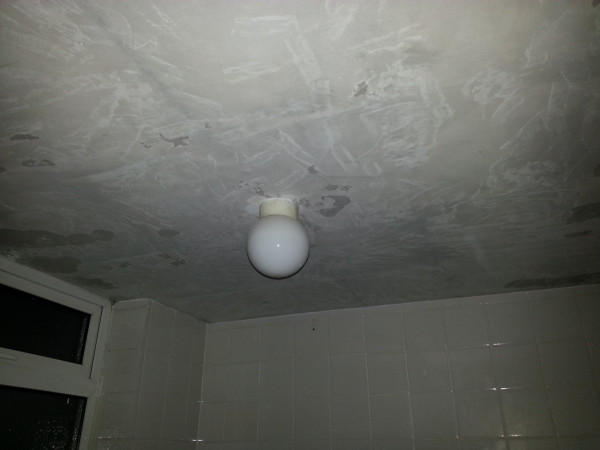 ...all the paint came off the ceiling. Good! I take a dim view of textured paint.
That light's days are numbered too.
The paint was several layers thick and it seems the final top layer had reacted with all the others and it lifted clean off the plaster on the walls and ceiling. I managed to peel off album cover size sheets of paint off the wall with alarming ease. Unfortunately some of the skim coat on the ceiling also came away with alarming ease, so there's a plasterer arriving tomorrow at 8am. Whilst using an all metal razorblade tool to remove some stubborn patches of paint and old filler, I sliced through a bump in the wall that I had thought was just white filler. When the top of the bump was sliced through by the razor and a small oval of black plastic was revealed I knew exactly what I'd just cut through. It was another cable cut off and tucked into the wall. I put the all metal tool to one side and, just in case this cable was also live, selected something less conductive. Then prised the cable out of the wall and tested it with the multimeter, another live cable.  Not knowing where the cable went I turned off the a couple of circuits and established it was on the downstairs lighting circuit, chased out the wall drilled into the garage and passed the cable through, and terminated it in a fused box out of harms way. I'll trace it at a later date. I now view every little bump in the walls with the greatest suspicion. Twenty six years ago I was thrown across the room when cutting what I thought was a dead cable, all the fuses were out at the time (that's a story in its self), hence I'm still a little twitchy about old cables in walls. 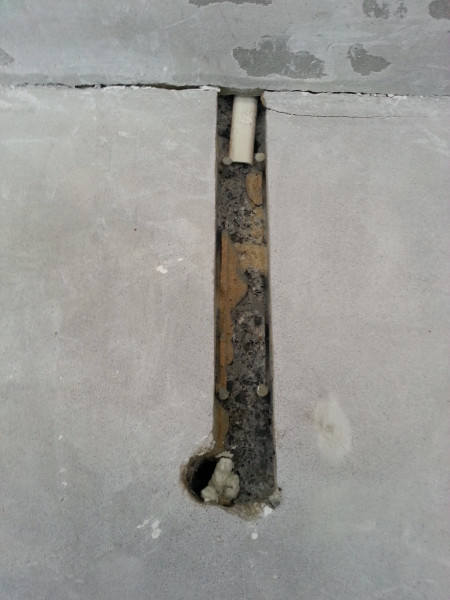 I highly recommend a  BOSCH HM-RIFF Segment Saw Blade for cutting into plaster.
I like to think the HM stands for Heavy Metal.
So the bathroom now looks like someone has partly tiled a cold-war bunker. Pleased to have removed the horrible textured paint, don't blame the previous owner for using it though, I did the same in my last bathroom to hide a cobweb of cracks. That use of textured paint by me was a temporary fix used in 3 rooms in the flat, a temporary fix that was still there twenty five years later.

Today I turned off the power to the bathroom and took out the old light and pull switch in readiness for the 8am arrival of the plasterer. Look I don't want to keep going on about this but, seriously, 8 am! What was I thinking saying yes to an 8am start?