Give me steam. And how you feel to make it real.

This weekend was Preston Steam Rally 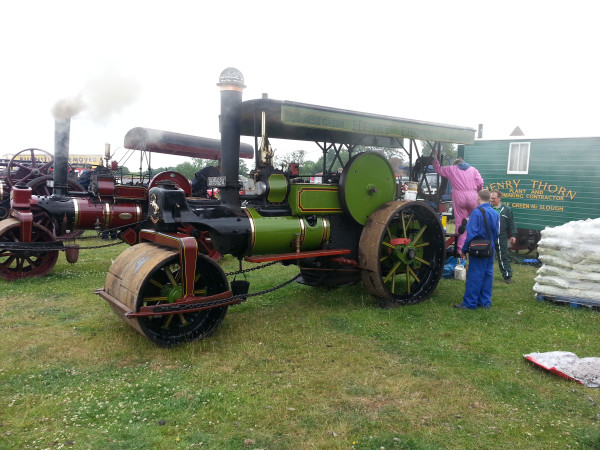 Love the sign writing on the canopy of this steamroller.
Love the green paint job too.
Was at the gate of the fair at 9:45am and I'm very grateful to Jo, Chris and Evelynn for getting at all together for an early start so I could hit the engineering stalls before they were picked clean by a horde of Fred Dibnah look a likes.

Shopping done and the swag returned to the car it was time to hit the steam. 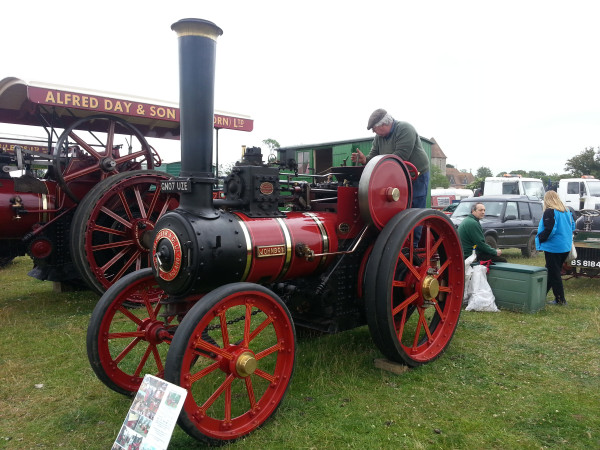 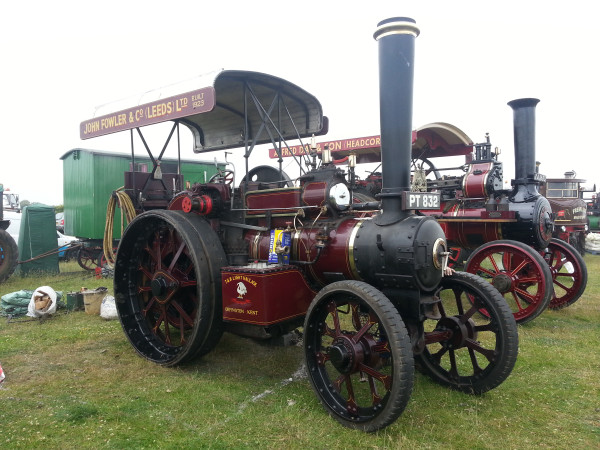 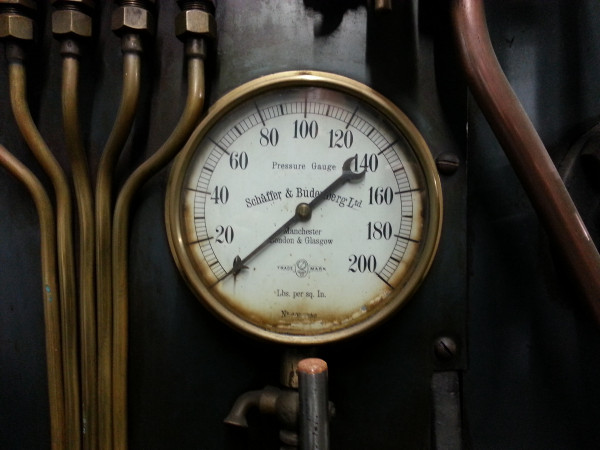 Met up with friend Ian and his 5 year old son then wandered around the fair, crossing paths with the ladies here and there for snacks, a train ride and beer. Eventually heading home ahead of Ian and son who were staying at my place.

Introduction of dog to five year old went well, and they played nicely. Pizza was consumed, beer was consumed (not by the five year old), and chatted the night away. Today we went down to the beach and a late breakfast on the pier.

Once the house guests have left, the dog was looking around wondering where her new friend has gone to, but right now she's asleep. I wonder who wore-out who the most.

In other news
The plaster in the bathroom is done and drying out.
Very good plaster and I'm going to be using him again. Spurred on now to get some of the other ceilings re-plastered and get rid of the (IMHO) TRULY DREADFUL Artex. I suppose one day an Artex ceiling will be a bit of a rarity and will warrant protection.

There is now replacement architrave around the master bedroom door frame. 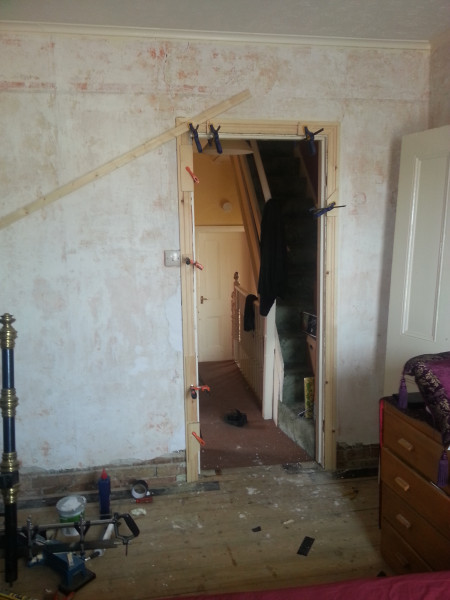 The profile is a pretty good match for the shadow I found of the original architrave that had probably been ripped out in the late 60s early 70s.

Next week's jobs include; painting the bathroom ceiling and walls, finish varnishing and fit the bedroom skirting board, finish patching various bits of wall, varnish architrave, chase-up the flooring guy, start moving stuff back into the garage, get the lighting back up and working in the bathroom ... and many, many more things.
Subscribe