Alternating between working on the bedroom and bathroom.

New floor now laid in the bathroom. Nearly ready to call the plumber and ask him to come and start moving radiators and pipes.

The bedroom still needs the one wall finishing where the new radiator will be situated. Run into a bit of a problem there, or at least a bit of a quandary. I was perplexed and a little uncertain on how to continue with a dado rail that needed to be level when the floor in the bedroom is anything but level. If you run a level line out from the highest point of the floor to the lowest, the difference is about 35mm. I really don't want to get into levelling the floor, because that'll involve totally removing the fitted wardrobe, lifting every floorboard and then I'll have to take down the ceiling and level that. I really don't mind that the floor isn't level it's just that putting a line round the room, in the way of a dado, will make the wonky floor that much more obvious. It doesn't help that the anaglypta I've got for beneath the dado is a series of panels which will mean the distance between the skirting and dado will have to be kept the same, so no giggle room there. Luckily the longest unbroken run is along a level section of the room and where the floor really dips is under a window so it shouldn't notice. 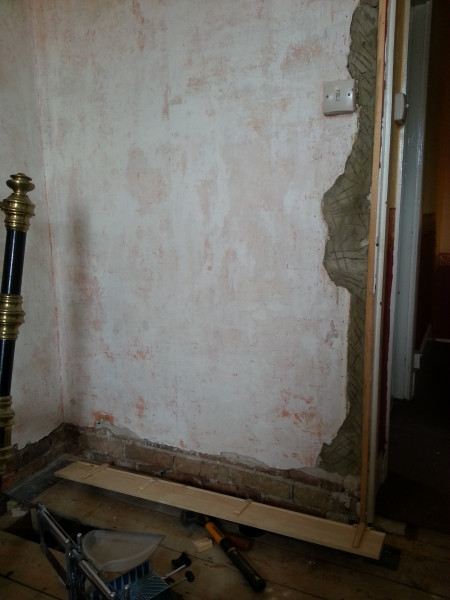 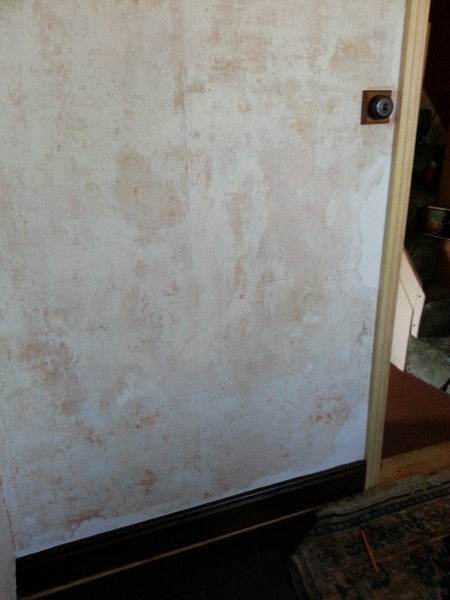 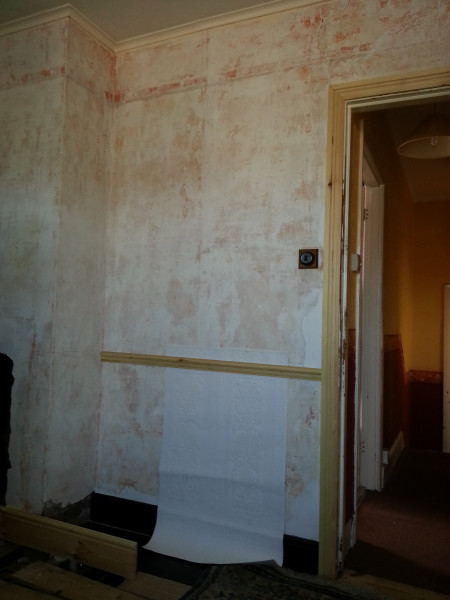 Trying to suss out height for dado by means of a cunning use of
double sided sticky-tape and blu tack.
Subscribe