No sooner had the builders swept-up and left, the number one lodger found these on ebay. 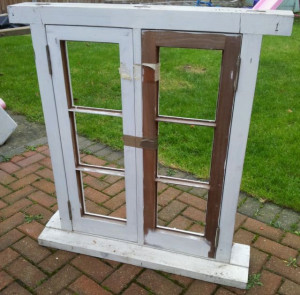 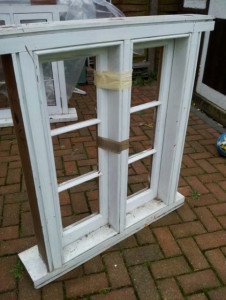 Two Meranti windows.
Double glazing included £50 and just round the corner from my place.
I took a chance on them, figuring worse come to the worse I could clean them up and sell them on if need be. The "need be" being if the builder said "Nah! No good mate, won't fit.". Luckily when the windows were presented to the builder, he was most impressed. The only problem I'm having is removing the white paint. It's only undercoat, but it's proving a bugger to remove because it's got into the grain. I'm rather keen to remove it due to my aversion to painting windows, and the plan is to oil them.
Subscribe