Had friend Neil staying the last couple of days. He helped me take up some more of the attic floor. We then started laying the 120 year old replacement floorboards. The old floor was OSB and in danger of giving way in several places. 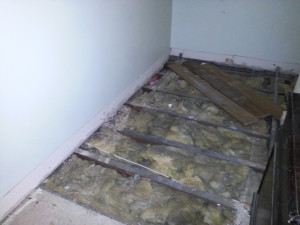 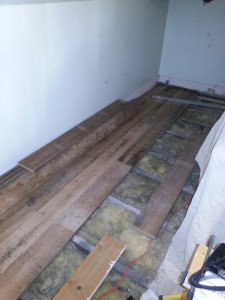 Found time to go see Malam Mamane Barka, who was playing at The Lighthouse. Most excellent gig.

The outside work continues and I'm promised that the contracted work will be finished Friday. It's looking good but I'm not convinced they'll be done by Friday (especially as no-one's on site right now). There's extra work come to light today, that will take them into next week. I'm not at all surprised. Two arches above the side windows are in poor condition and will have to be rebuilt. I fully expected this but as the builder was (over) confident that they could be saved and restored in place, so I hadn't budgeted for this work. As usual much of the work is putting right botched work from the past. Like the dreadful render around the bedroom window. I'm looking forward to being able to post before and after photos once this work is completed. 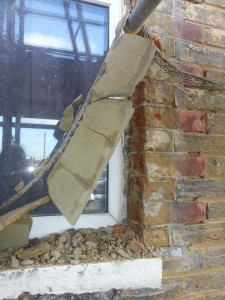 I was never sure why they rendered around this window.
Now it's off, it looks as if someone made the window too small, either deliberately to fit it from out side or by mistake.
My money's on it being a cock-up. Either way it was a horrible mess and I'm pleased to see the back of it.
I'm off to the dentist this afternoon, hopefully my teeth won't prove as problematical as my house walls, or at the very least there won't be as much drilling and pulling out.
Subscribe