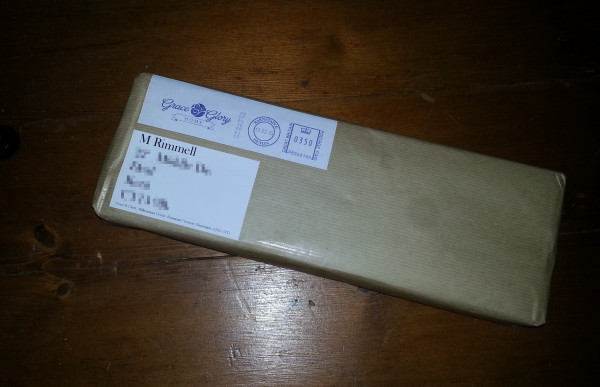 The arrival of this parcel is one of those events that should mess with the universe. A letterbox arriving through a letterbox can't happen without leaving ripples in the STC. It's akin to typing "google" into google, no it won't break the Internet, but it will leave traces in those spaces between material and extra-material in your consciousness.

Think I'm wrong? I know someone who once took a car to a scrapyard, he chopped it up and took it inside another car of the same make. He's as mad as a box of frogs now.