Finally found a picture of my great-grandfather's fish shop. It's a still from a film.The film appears to be a "borough in bloom" film possibly made by the local authority. These two chaps are probably from the Council Arboreal Department. 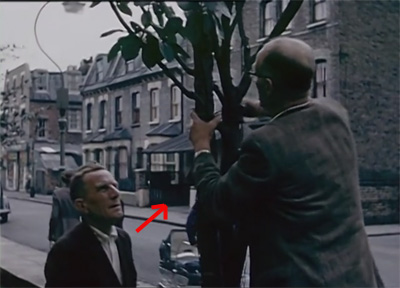 I've been in contact with a couple of people who lived in the same road and it turns out the shop was open at the front like a lot of old fish shops with a big marble slab along the front, you walked in under that veranda. Apparently, there was still a stuffed fish on the wall when the terrace was being demolished.
And below is what the same stretch of road looks like today.